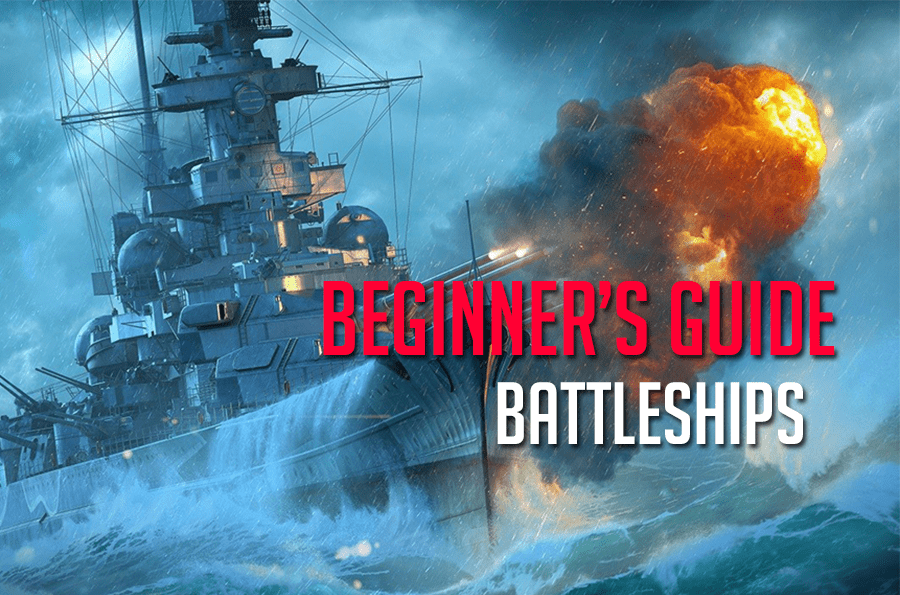 One of the most popular classes in the game World of Warships is the class of battleships. Excellent armor and epic main caliber allows you to tank enemy damage, restoring your ship HP, and deal great amounts of damage to enemy ships in return. This guide examines the class of the battleships, the tactics and strategy, the choice of the nation for leveling, the training of commander skills and more.

The battleships is one of the most popular class among players of World of Warships. Perhaps, battleships remind novice players of heavy tanks and heavily armored PT-SAU from the World of Tanks. Which at the expense of the armor forgive many mistakes of newbie players, and allow to deliver powerful shot on less armored opponents.

At first glance, what could be easier than a battleship? Large caliber guns allow you to deal a huge amount of damage at unreachable distance for ships of other classes, while a good armor perfectly protects the ship from enemy shells.

Since World of Warships game based on action of different classes, let's first examine class features of battleships.

What is the main role of battleships in WoWs?
Battleships designed primarily for two things: dealing damage and tanking damage. If the battleship doesn't deal damage and does not tanking, it's a bad, worthless and useless battleship!

Due to the high armor penetration and big alpha damage of armor-piercing shells, battleships are perfect for dealing damage to enemy cruisers. Due to the long range of fire, the damage on cruisers can be applied on safe distances. A successful volley causes  serious damage to cruiser, and hitting the citadel takes away about a third of effective hp points that can not be restored even by the "Repair Team".

All battleships in the game have the ability "Repair team", which allows to restore effective HP of the ship and gives the battleship a huge advantage in combat primarily over the cruisers. By repelling enemy shells, you give your allies the opportunity to inflict unrequited damage on enemy ships. At the same time, the "Repair Team" allows you to return part of the lost HP .

Battleships, who battled the whole match at map edges, without losing  single HP point, and died the last - useless battleship. The battleship, which was tanking enemy team damage , while the ally ships saved their effective HP points and  having killed half of the enemy's team is a good battleship.

What are battleships not designed for?
First of all, battleships are not designed to deal with aircraft carriers and destroyers. For both, the battleship is a lucrative target because of its large size, poor maneuverability and high inertia. Indeed, getting by battleship torpedoes or bombs is much easier than on ships of other classes.

The destroyers are, perhaps, the most uncomfortable target for the battleship. Firstly, because of the small size of the destroyer and the large spread of the main battleship's caliber, it is trivial even to hit the destroyer. Secondly, armor-piercing shells over-penetrating armor of a destroyer, and therefore do not cause a great damage .

Incredibly, but the fact: high-explosive shells of battleships do not always cause destroyers adequate damage. Yes, and switching to HE shells specifically for destroyer suddenly jumped out of nowhere is not very convenient.

As strange as it may sound, battleships are not designed for dealing with other battleships. If there is a choice between a cruiser and a battleship, in most cases it is worth first to sink the cruiser. Destruction of the battleship is a mission  for which it is better to cooperate with the allies. And leaving the unattended cruiser is not good decision, which will surely spam your battleship with high-explosive shells and sooner or later will set you on fire. 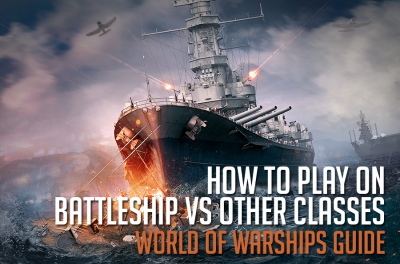 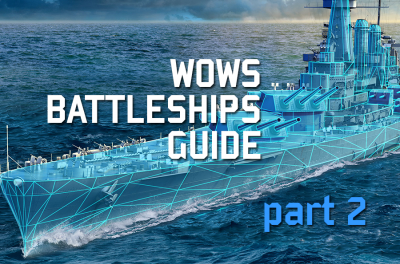