Which ship to choose? Short guide of tech-trees for beginner

In previous article we talked about the best warship types from every class for beginners. Here you can read about each nations tech-tree. (We didn’t include aircraft carriers because it’s not best ships for starting).

Everything about these ships are average: armor and ballistics and damage. They shoot best at long distances, almost all ships have a caliber that is the highest for their tier. They are easy and pleasant to play (from the 5th tier at least).

Negatives of this line, is they do not like to show their broadside (all cruisers should avoid showing full broadsides, but the Japanese and Soviet should especially avoid this). Despite this, the tech-tree is not bad for beginners.

The most stealthy, relatively fast, with the best torpedoes in the game (let's say powerful).

The main caliber is weak, and their HP is low. A sort of "stealth ninja" in the world of ships. Enemies don't like being on the opposite team to these ships, especially the Shimakaze. But the main caliber tech-tree is liked no less (by enemies of course).

Legendary ships, with excellent air defense, powerful armor-piercing shells, with poor ballistics, but with "increased power." If you hit - so make sure to hit. It is difficult for a beginner, so it is better to focus a different line first.

Two tech-trees, lights and heavies. Each is not bad in its own way, but everyone has disgusting ballistics. It is compensated by the fact that for heavy cruisers when engaging opponents the damage comes higher than for the others. But it's harder to hit the shells required to deal this damage.

But for lights, it’s just very strong damage per minute with HE shells. They perform very well in the fight against destroyers due to the presence of radars from the 8th level.

The second of the oldest destroyer branches in the game was supposedly supposed to be universal.

But in the realities of our game, they turned rather into the worst destroyers with good ballistics, but with more smoke. A very good 4th level Clemson for mastering the class, and the rest of the levels are decent, a good alternative, they are quite suitable for beginners. Starting at level 8 they have relatively strong air defense, but don't expect it to be particularly good.

The in-game model is based on blueprints for a "battleship with a displacement of about 22,000 tons" dated September 1907. This is a ship of a completely new layout than its immediate predecessors, the Tsesarevich and Andrew the First-Called battleships.

They are better for middle and short distance combat (they get more accurate the closer you get), but they less armored than the Germans.

Of the features, your repair kit has limited charges, this comes with positives and negatives, the Cooldown is shorter than normal, but can result in the player running out by the of the battle. And the Heal is less by 1 (the rest have 5), which slightly reduces the effective survivability over a long period of time.

Definitely not for beginners.

At the bottom of the tech tree are light cruisers, the last two are heavy cruisers. Hence the heterogeneity, there are ships with good ballistics, there are ships with not very good ballistics. But in general, if you take classmates, they still have better ballistics than most lines, the damage is not bad, but they do not have survivability, they really do not like showing the board to the enemy. Tier Xl Moscow has great survivability, but only if she goes nose-in to the enemy. Turning boardside even at 16 km is mortally dangerous, but it has very good ballistics and firing range. Almost railgun like. From the Tier VIII they have radar, giving them the ability to fight well with destroyers or enemies in smoke.

The fastest in the game (after the French destroyers), fires with the main caliber, the guns have practically the best ballistics among destroyers. Torpedoes are relatively weak and short-range (on average), but fast. It is difficult for beginners to play them.

Unfortunately, tips for beginners do not have a convenient and simple thread. But if you still want to level a Soviet tech-tree first, it would be better to start with battleships.

In short –heavily armored, hardy close quarters fighting warship types with relatively oblique and "low-caliber" guns. But this is not a problem when you get to close range. Will be good for beginners because they are forgiving if you make many mistakes. From the 8th level there is Hydro search (gives the ability to the fight against destroyers).

Up to the 7th level - light, poorly armored, but with an accurate main battery, after the 7th - well armored, but with the worst main battery in comparison with classmates, if you play with high-explosive shells. AP (armor-piercing) shells, on the other hand, can compete with American armor-piercing shells of heavy cruisers, have better ballistics, but can ricochet more often than American shells. Not the worst option for a beginner, and in general a good tech-tree without special standout ships.

Worst destroyer tree in the game, starting at level 5. 3-4 levels are excellent, you can play them just for fun, even as a beginner. Nine still feels rather good, the 10th in the realities of our game is only good in the fight against destroyers (since it has a Hydro search), if there aren’t destroyers in the battle or they were killed, she becomes the worst tier X in terms of other characteristics.

In this tech-tree all is worse than classmates have: torpedoes, smokes, main guns, camouflage. As a rule, only a health reserve is better. All this because the destroyers have a hydro search, which is far from always needed in battle.

There are nothing for boosting for beginner, but if you really want to, it would be better to start from battleships.

An extremely strange tech-tree, they have unrealistic characteristics, such as increased damage from HEs, as well as an enhanced healer that restores more HP than other battleships. On the one hand, it’s relatively simple for a beginner to play them, but the tech-tree itself teaches the improper gameplay on HEs, so it’s better to play them after mastering the “standard” battleships.

The battleships also have the best concealment in the class, but it’s difficult for a beginner to play from it, so I repeat - it’s better not to level them first.

In short, these are "bloated" destroyers. HP is very poor, despite the presence of a heal and smokes. These warship types most often receive “devastating strikes”, i.e. with volley lose more than 50% hp. Strong in capable hands, in inept hands they’re a team burden. There are no HEs, they shoot only with AP, which is even more incomprehensible for beginners.

Torpedoes are weak and relatively slow (but there is a single torpedo launching), the speed of the ships is low (and there is no speed boost), but a good maneuverability (fast acceleration from a standstill) and the good main caliber, if you fight with destroyers. Short duration but very quickly recharging smokes. They also have a short-range sonar search of 3 km, and 9-10 levels have also have a heal.

The branch has many subtleties that the beginner will not master. It's better to level it as the second, and preferably even the third, tech-tree of the destroyers. Not earlier.

Good battleships, but they keep average damage worse than average. Good ballistics, many guns and a large salvo weight, but there are some nuances, for example, some cruisers cannot get into the bow.

Battleships from the 8th level have speed boost, and tier X has a high rate of fire, better ballistics and killer shells, but it is very poorly armored. We don't recommend you level these as a beginner, it's better to start them after the Germans and Japanese.

They have good speed (from the 8th level there is still a speed increase), there is the possibility of fast reloading of the main battery (from the 8th level), the ballistics are average, the torpedoes are worse than the Japanese ones, as well as the camouflage.

Techno is not bad, but a beginner is still better off starting with the Germans and Japanese.

The ships of this tech-tree have an unusual composition of equipment, really high speed and effective artillery.

They plays from the main caliber and haven't got a smoke. Good branch but 100% not for beginners.

So far, only represented by destroyers.

In fact - an alternative branch of the Americans, but with "deep-water" torpedoes (torpedoes do not hit at all on destroyers, but are more inconspicuous and faster than their counterparts). They also have long duration and rapidly reloading smokes, which is convenient, but you must be able to use it correctly. Not for beginners, in general, either.

So, if you are beginner now you can understand better which tech-trees are better to start from. Choose the best one for you, and don’t hesitate to use our service to get desired ship fast :) 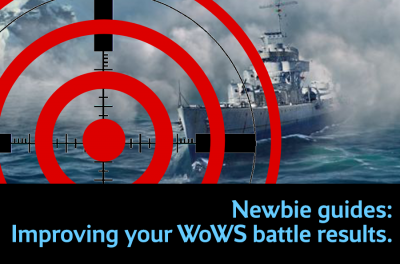