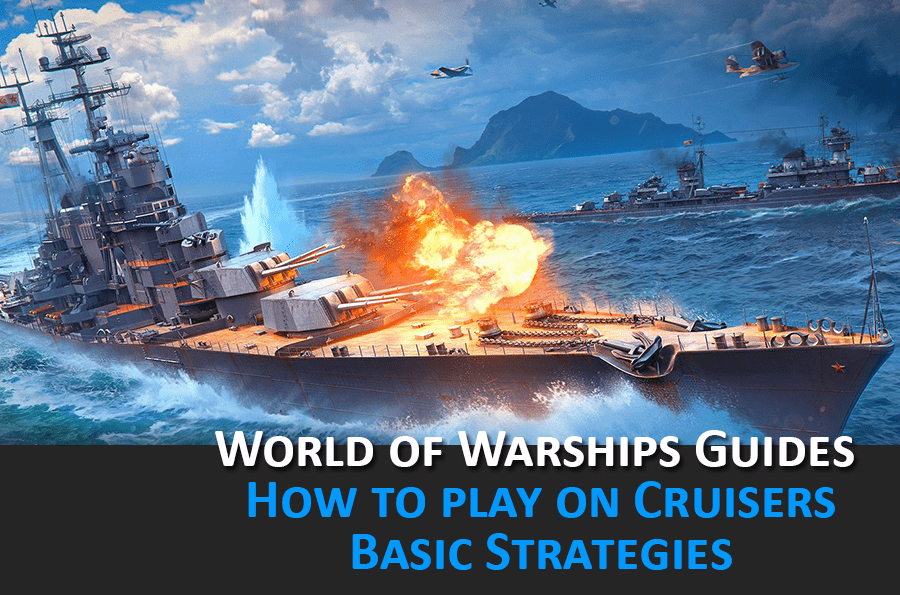 How to play on Cruisers

Some say that cruisers are universal soldiers, which will please all players without exception. Of course, this is not true, because usually it is completely unclear for novice players what this "universality" means. The cruisers do not have good armor and incredible calibers like battleships, or concealment and maneuverability like destroyers. Cruisers are such a class of ships for which to die at the beginning of the battle is almost easier than for destroyers.

Cruisers are typical support ships with a huge number of very diverse tasks and objectives, from supporting the allied fleet with Anti-Air defense to hunting down enemy destroyers. Understanding the goals and tasks for the cruisers as a class and the correct strategies s will increase the pleasure and fun from the game by dealing huge amount of damage and making kills, which will surely will take positive effect on win rate!

As already mentioned above, cruisers are support ships. When playing on a cruiser, you have to act according what your team-mates do, carefully analyzing the situation on the battlefield.

Heavy cruisers are intended for almost every strategic task and objectives, except it is not recommended to duel with enemy battleships. Duel with any ship is not a good idea at all, because it is much more interesting and effective to focus fire your opponents with teammates.

In the "Domination" mode, your main task is to protect and support allied destroyers to capture cap points and try to kill enemy destroyers on sight or maybe enemy cruisers, which might be supporting them. To efficiently hunt and kill destroyers it is better to have cruiser with a fast guns reload, in this case, the price of a miss is much lower. In other game modes, destroying destroyers is also one of the main objectives of cruisers.

The hunt for cruisers is, perhaps, one of the most interesting tasks for the cruiser. If you hit an enemy cruiser from a short or medium distance with armor-piercing shells into the broadside, it is possible to detonate the citadel with the saddest consequences for the enemy cruiser. In this case, a small alpha damage from one AP shell is often compensated by a good accuracy of fire. Also it should be noted that not all enemy cruisers have enough thickness of the side armor, so sometimes armor-piercing shells won’t detonate and might over-penetrate and cause minimal damage.

The optimal distance from which your AP shells will pierce the enemy cruiser armor into the citadels depends on the characteristics of your ship's main caliber, your opponent ship's armor characteristics and location of the citadels.  You will learn it with more practice. As a rule, the larger the caliber and the lower trajectory of the shell's flight - the longer distance for penetration.

When fighting with the enemy battleships it's a best way is to spam HE shells, aiming at the superstructure. Do not engage in a duel with an enemy battleship without special need. It is much more profitable to engage the enemy battleship while he is distracted by one of your allies. If the battleship will start turning his turrets on you, try to turn and kite. In this case, the probability of ricochets is higher, and you are simply minimizing your ship's silhouette so it's much more difficult to hit.

Since cruisers do not possess with a serious armor, when playing on a cruiser do not show your broadsides in any cases for enemy armor-piercing shells. Unlike destroyers, cruiser have citadels, which will definitely will detonate causing full damage to the ship. Therefore, when playing on the cruiser it is forbidden to show your broadsides to enemy ships and turning under enemy fire. If you are in a difficult position and you urgently need to start turning around, remember: one volley of the enemy battleship can be quite enough to sink your ship.

A competent game on the cruiser means careful planning of maneuvers with the use of your ship's concealment characteristics, map layout and islands which will help you to get out of sight of enemy ships. When you stop to shoot, after 20 seconds visibility of your ship will fall to the minimum. And if in the circle of visibility of your ship there will be no enemy, you magically disappear from enemy sight in open waters. This trick you can and must use from time to time. Sure and don't get under enemy fleet focus fire. Ideally, you need to choose targets that are too busy dealing with your allies, and closely pay attention to other remaining enemy ships. 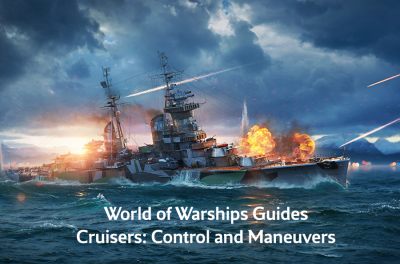