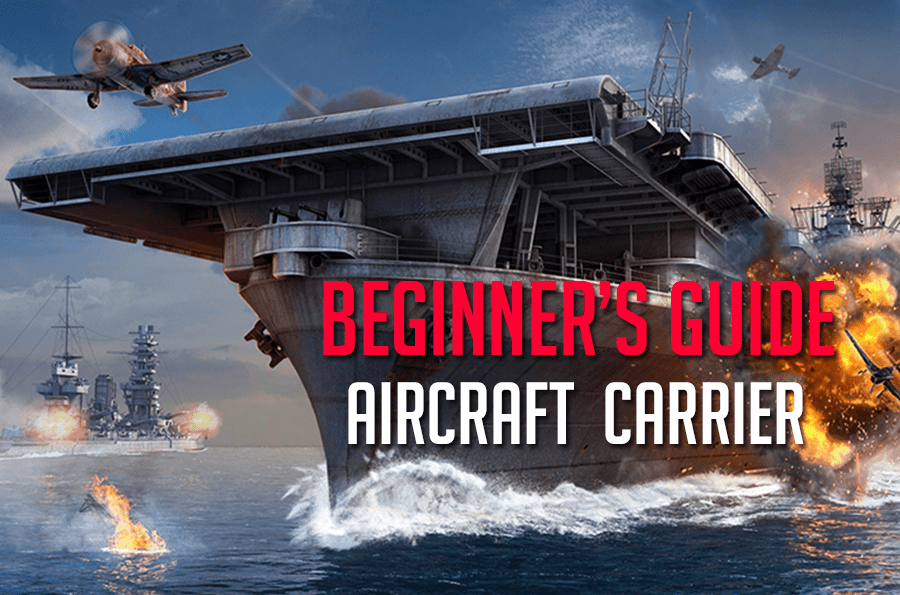 How to play on an Aircraft Carrier in World of Warships?

The aircraft carrier is the most extraordinary class of heavy ships in the game. There are no serious artillery installations, but there is lethal weapon - air-groups.

A successful and clever strategy is able to turn enemy ships into wrecks. Let's talk about how to play on an aircraft carrier in World of Warships.

First of all, press the "1" key on the keyboard for opening map. Here you can specify a specific route by which the ship will follow. If there is a need to set specific route, hold down the "Shift" key and mark all the control points on the map.

To start the World of Warships on the aircraft carrier, you need to use the "2", "3" and "4" keys on the keyboard.

Control of torpedo bombers is done by using the "3" or "4" keys;

To conduct successful attacks of enemy ships and sustain your firepower, it is necessary to protect every air unit. With the loss of the entire air group, you can use reserve groups. However, it must be done wisely. After all, the emergency stock of air groups is limited.

How to attack enemy ships with air groups:

Select a group of torpedo bombers by pressing the corresponding key. After that, move the cursor over the enemy ship and press the left mouse button. As a result, torpedo action area will be highlighted in green. The direction of the attack is easy to change, just drag the icon along the circle. If you need a more accurate aiming, then press the "Alt" key. In this mode, you can manually specify the location of the torpedo drop.

Select bombers air group with your keyboard and set the route on the strategic map. The whole process is similar. Therefore, there will be no difficulties. In order to start to win regularly and stay alive as long as possible - you must always be in the shadows, invisible. This is very important, because the aircraft carrier is absolutely helpless when detected by enemy cruisers and destroyers. This requires a discussion in a chat with your team mates about tactical and strategic aspects of the upcoming battle.

Let ally ships guard aircraft carrier, it will pay off for the team as a whole. Damage from the properly planned raids of air groups is simply devastating.

Now you know how to start playing on aircraft carriers in World of Warships!